Coey Viking and Cooper Viking selected as Ships of the Yea 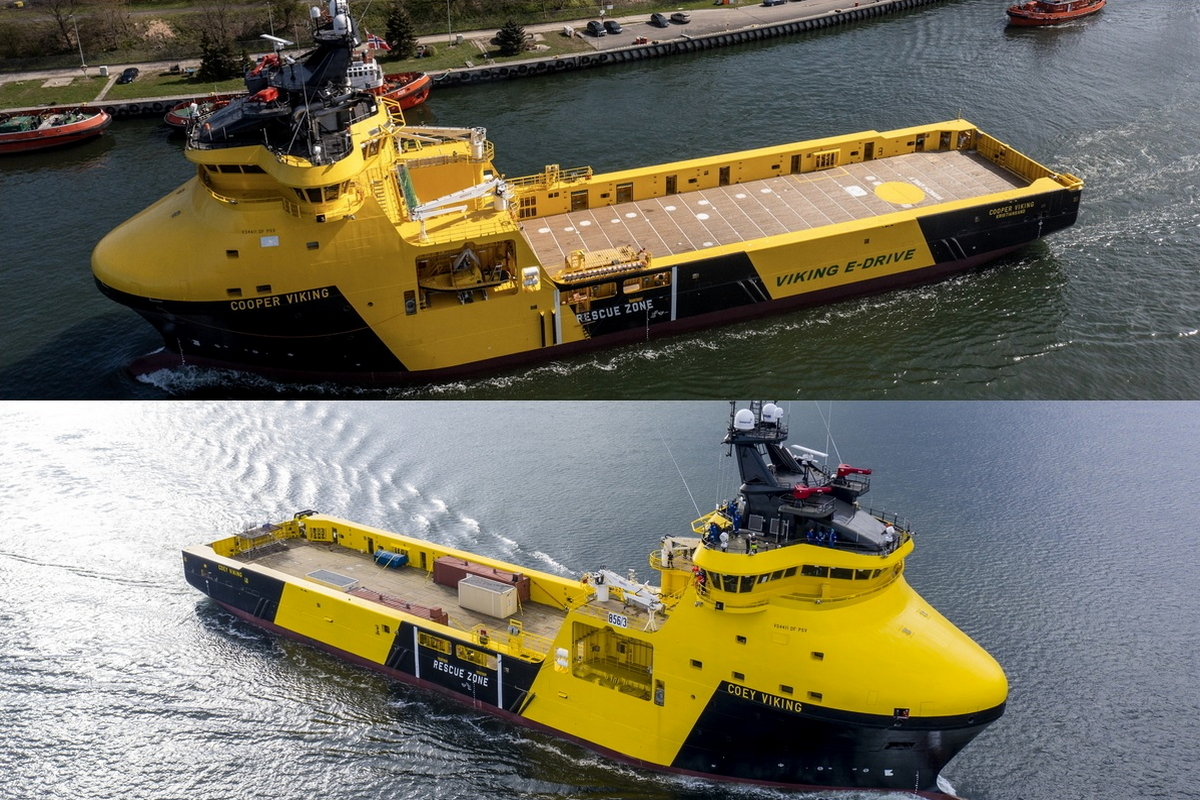 At the 2nd Maritime Forum, organised by the Polish Radio public broadcaster in Gdansk, the “Ship of the Year” statuette, awarded in the form of voting by the Polish media dealing with maritime issues, was presented on 9 June 2022. Their recognition this time went to two twin vessels – Coey Viking and Cooper Viking – from the Remontowa Shipbuilding S.A. shipyard.

These are multipurpose PSV vessels to serve the offshore energy industry. They are a product of companies of the Polish Remontowa Holding group, built by Remontowa Shipbuilding in cooperation with Remontowa Shiprepair Yard, and handed over to Norwegian shipowner Borealis Maritime in January and April 2021, respectively. Operated under the technical management of Viking Supply Ships, they work in the Norwegian sector of the North Sea.

The vessels are equipped with a hybrid propulsion system consisting of two azimuth thrusters, powered by four engines using liquefied natural gas as the main fuel. The propulsion is supported by an electric battery system, which further reduces fuel consumption and CO2 emissions into the atmosphere, and allows berthing to fit within the constraints of noise standards. Azimuth thrusters with counter-rotating propellers provide high energy efficiency and precise manoeuvring in heavily ice-covered conditions in Arctic regions.

The finale of the 2nd Maritime Forum in Radio Gdańsk, which took place on 9 and 10 June, crowned a series of debates on the maritime economy, held since April this year on the waves of the Polish Radio station in Gdańsk, with the participation of scientists, experts, politicians and presidents of leading Polish maritime companies.