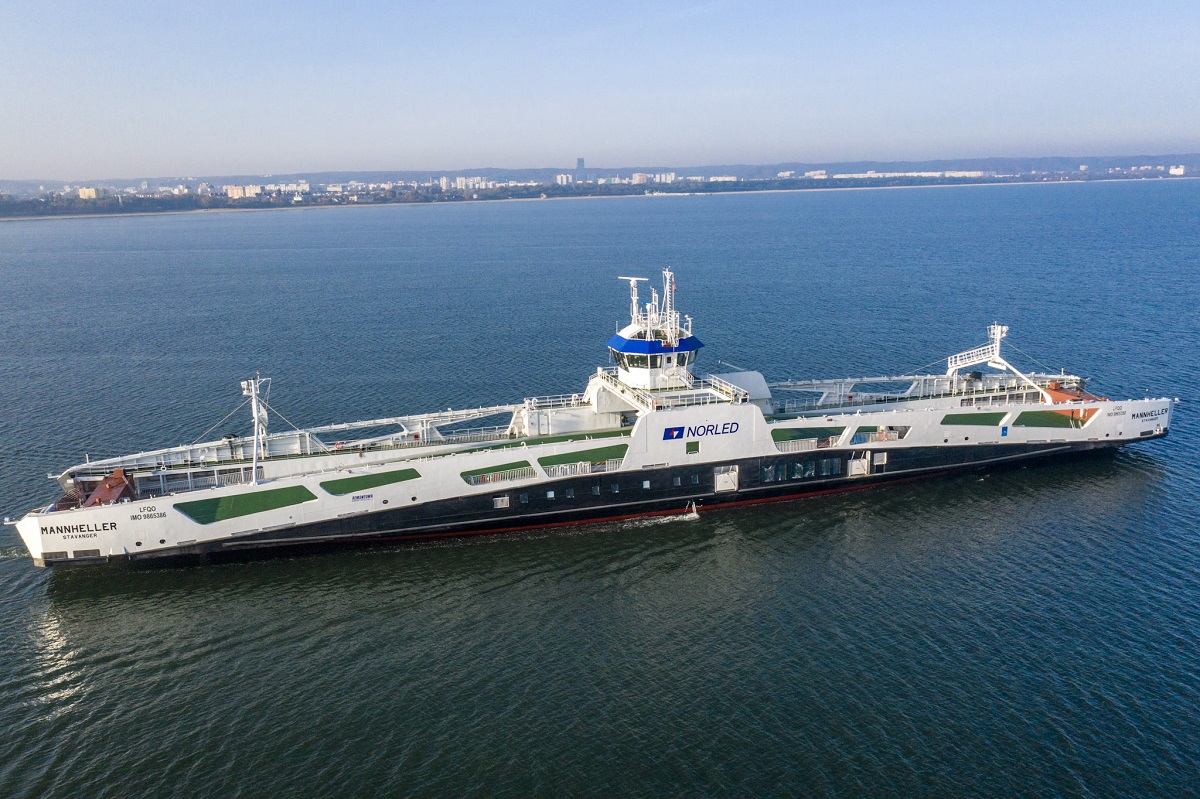 On October 25th this year, another electric hybrid ferry for Norwegian shipowner Norled – ‘Mannheller’ sailed from Remontowa Shipbuilding SA shipyard for sea trials. This is the third in a series of four vessels ordered in the Polish shipyard in 2018.

After returning from the trials, the ferry will be washed, refreshed and prepared to be handed over to the shipowner.

– After reaching Norway, the shipowner will install its last equipment on the passenger deck, and a few days later the ferry will be on the Mannheller – Fodnes line, where it will start working – explains Piotr Alboszta, project manager.

At the end of June this year, the Remontowa Shipbuilding SA handed over to the shipowner the first ferry, which entered the Festøya – Solavågen line in mid-July this year, and the second one sailed to Norway in mid-August. Both ferries run smoothly between ports.