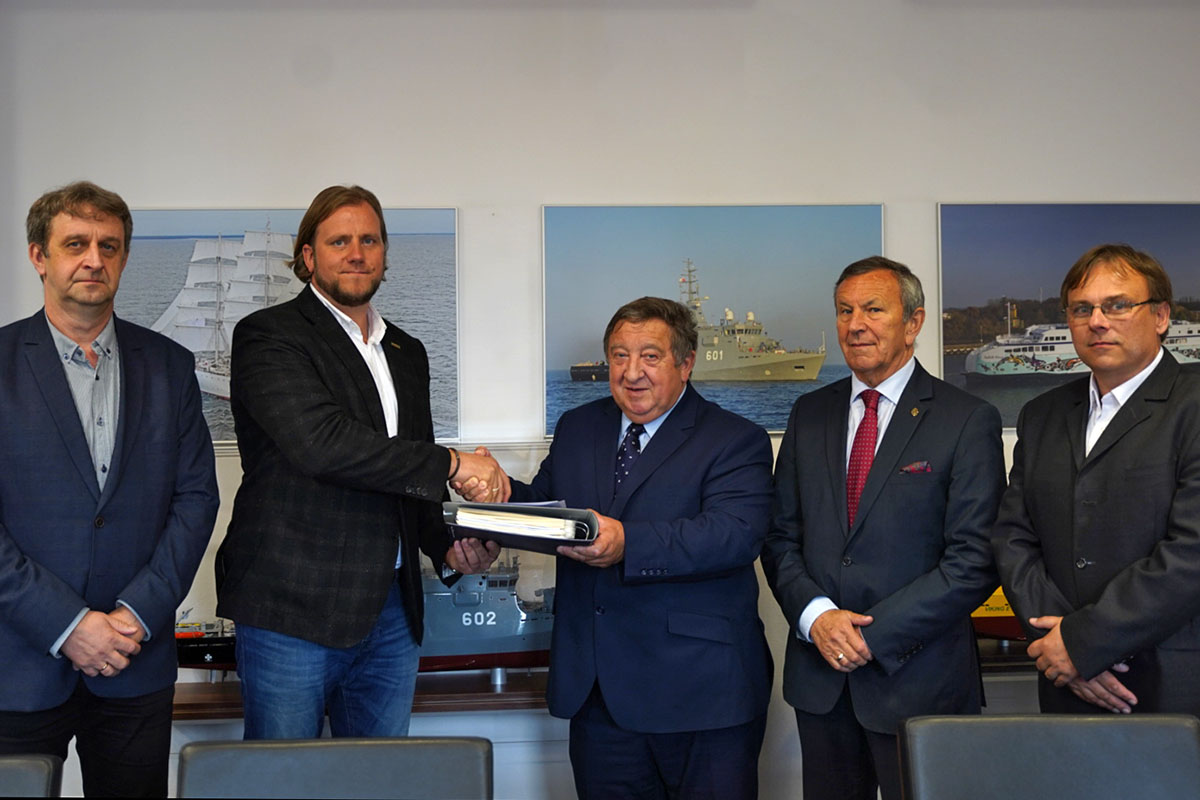 On Tuesday, 20 September, Remontowa Shipbuilding SA shipyard hosted the official handing over of documents by the Polish Register of Shipping: class and convention certificates for ORP Mewa, the last of a series of three modern Project 258 vessels – the ‘Kormoran II’ type.

The mine destroyer will serve in the 13th Minesweeper Squadron, which is part of the 8th Coastal Defence Flotilla.

“Participation in projects for the Polish Navy allows PRS to gain valuable experience and expand our competence in the construction of specialised vessels, such as warships. We will use them in future projects for the defence of the Republic of Poland,” – PRS SA CEO Henryk Śniegocki said.

Documents certifying the completion of classification supervision of the newbuilding were handed over on the PRS side by Henryk Śniegocki, President of the Management Board, Janusz Dilling, Head of PRS SA Warship Supervision Service, and Grzegorz Rachwał, Head of PRS Agency GDA2. On the shipyard’s side, the participants were: chairman of the shipyard’s management board Marcin Ryngwelski and board member Dariusz Jaguszewski.

Currently, the Remontowa Shipbuilding shipyard is planning to start sheet piling for the next units 4, 5 and 6 and at the beginning of October to start sea trials on unit B861/1 – a tugboat being built for the Szczecin and Świnoujście Seaports Authority SA.

According to Remontowa Shipbuilding, the mine destroyer ORP Mewa has completed sea trials and in a few weeks will enter a series of acceptance tests preceding the handover of the vessel to the Ordering Party, which is planned for November this year.