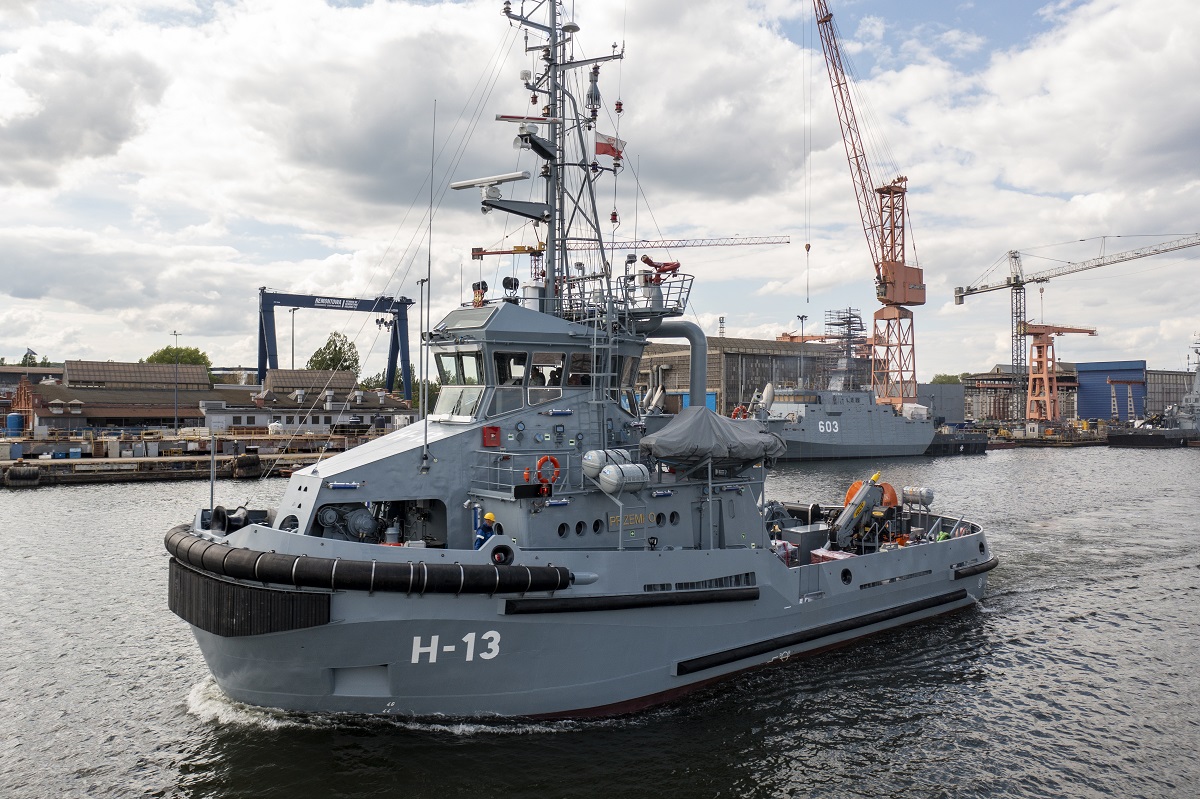 On 24 May 2021, the Acceptance and Delivery Protocol of the last, sixth of the H-13 Przemko tugboat series was signed.

Therefore, the entire contract for the construction of six tugboats for the Polish Navy within the programme: “Technical support and rescue operations at sea, code-named HOLOWNIK [TUG]”, signed by the Armament Inspectorate and Remontowa Shipbuilding SA in June 2017 has been successfully completed.

The tug H-13 Przemko left the Shipyard on Monday – 24 May this year. Like the tugs H-11 Bolko and H-12 Semko it will become part of the 12th minesweeper squadron and will serve in the 8th Coastal Defence Flotilla in Świnoujście.

Three other tugboats:  H-1 Gniewko, H-2 Mieszko and H-3 Leszko have been assigned to service in the Squadron of Support Ships belonging to the 3rd Flotilla of Ships named after kmdr. Bolesław Szymon Romanowski in Gdynia.

The tugs of the B860 project are designed to perform logistic support tasks at sea and in ports, as well as to carry out activities related to technical evacuation, support of rescue operations, transport of people and supplies, neutralization of pollution and taking hazardous materials out of the water. The ice class of the tugs allows them to operate in heavy ice conditions assisted by icebreakers. The vessels are capable of transporting on the open deck general cargo weighing up to 4.0 tonnes. For towing works the units are equipped with towing lifts with a towing capacity of up to 35 t.