The fourth low-emission ferry Salish Heron has arrived in Canada 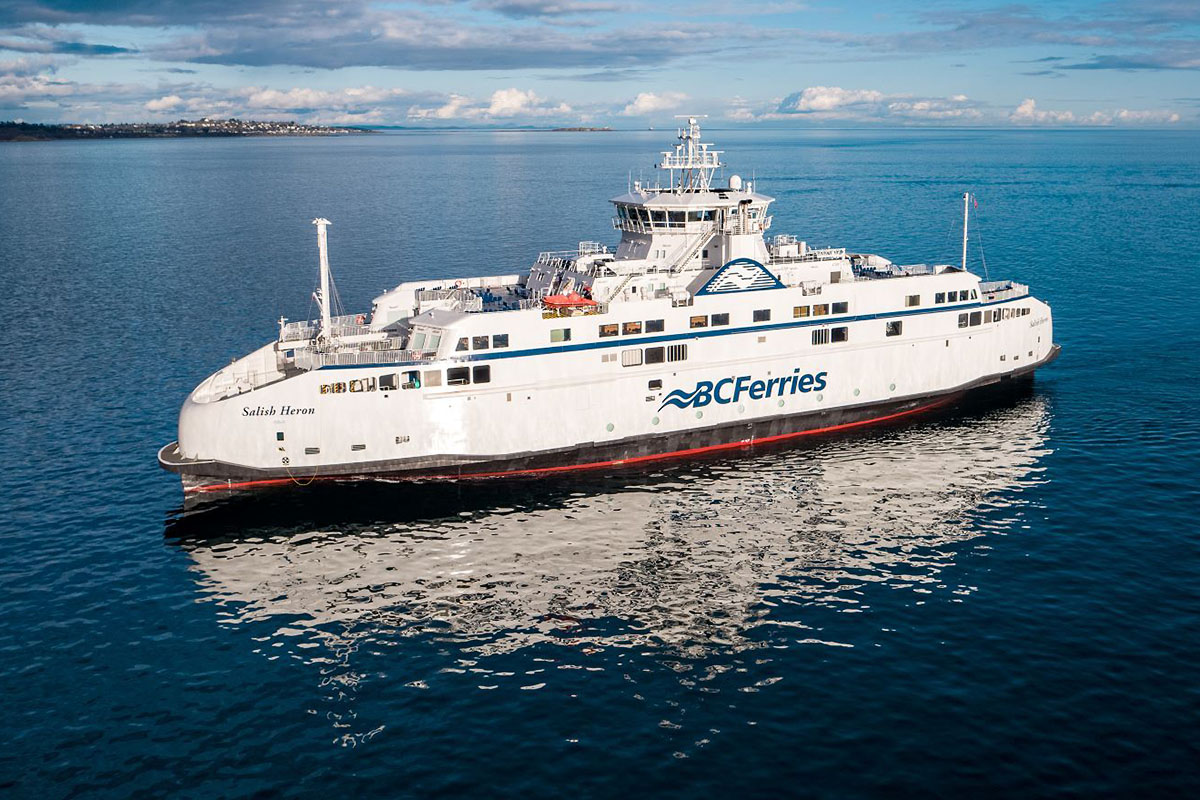 On Friday, March 4, Salish Heron, the fourth ferry ordered by BC Ferries and built at the Remontowa Shipbuilding shipyard of the Remontowa Holding Group, arrived in Canada.

The ferry left Gdansk on December 22 2021. Over 10,400 nautical miles, the journey took the ferry across the Atlantic Ocean, through the Panama Canal and along the western Pacific coast of North America to Victoria’s Ogden Point.

The double-ended passenger-car ferry, capable of carrying up to 138 vehicles and 600 passengers, will serve the Southern Gulf Islands in the Canadian province of British Columbia.

The Salish Heron was built to a design by Remontowa Marine Design & Consulting (RMDC) – as was the case with the three previous Salish class ferries.

The ferry will proceed to BC Ferries’ Fleet Maintenance Unit base in Richmond upon arrival. Final preparations on the part of the shipowner will be carried out, including applying exterior graphics designed by Coast Salish Indian tribe artist Maynard Johnny Junior to the sides.

Graphics in a traditional design in keeping with the cultural legacy of the region’s indigenous peoples on each “Salish” class vessel pays tribute to the Coast Salish community’s sailors as the original navigators of these coastal waters.