ORP ALBATROS handed over to the contracting party

Home   /   News   /   ORP ALBATROS handed over to the contracting party 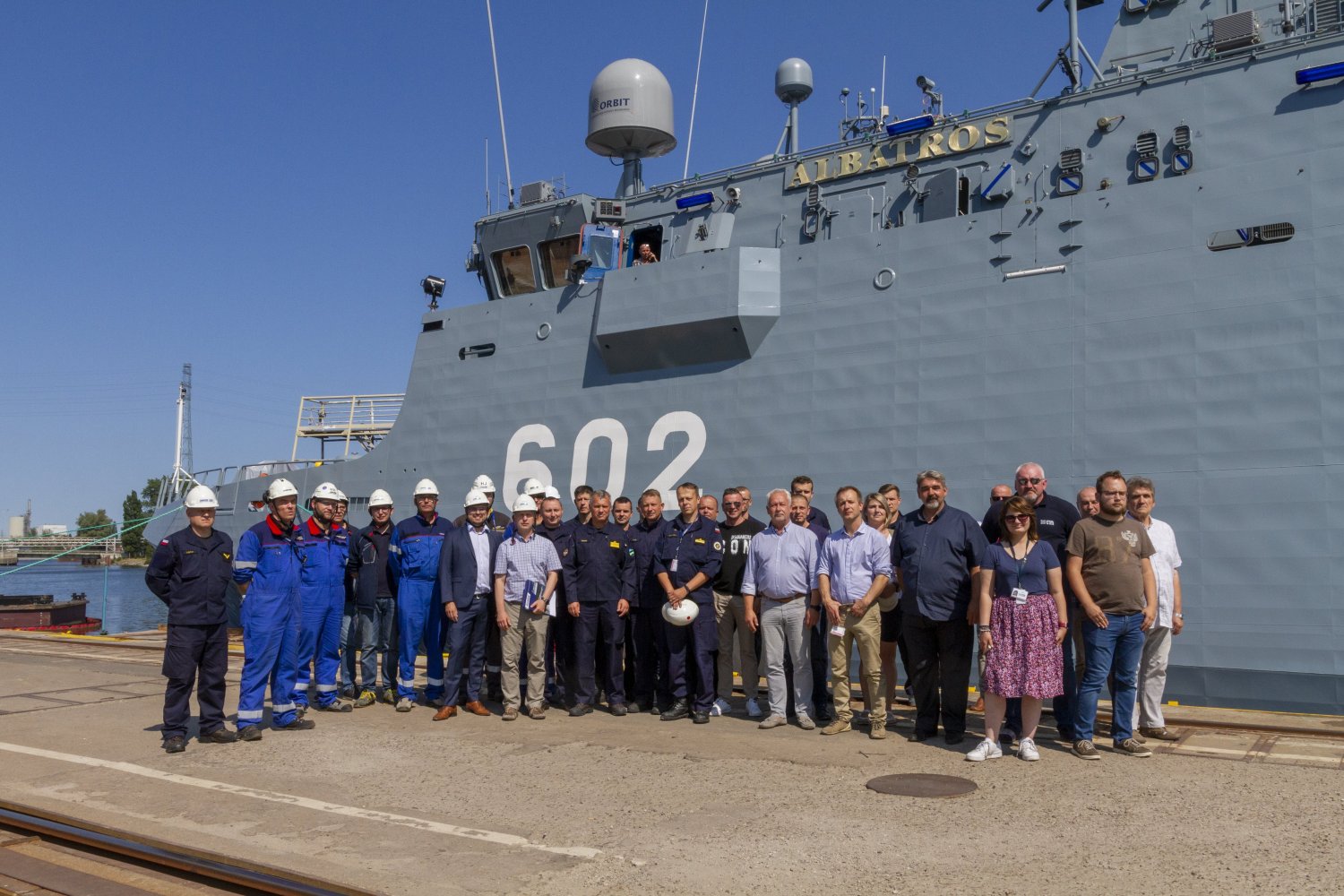 On 12 August this year, at the Remontowa Shipbuilding shipyard, acceptance documents were signed for the second of a series of modern mine destroyers – the ORP ‘Albatros’ vessel being built for the Polish Navy.

The handover of the ship was preceded by several months of delivery and acceptance trials, during which the offshore platform and mine threat equipment and systems were checked. Successful completion of the acceptance trials confirmed the ship’s ability to perform its main tasks, which include:

The ORP ALBATROS is already the second ship of the KORMOARAN II type mine destroyer series. Five years ago, a prototype vessel ORP KORMORAN was handed over to the Polish Navy.

ORP Kormoran was handed over to the navy five years ago. On the basis of experience gained during its operation, certain modifications were introduced in the construction of subsequent vessels. Thanks to them, ORP ALBATROS, as well as subsequent vessels, is equipped with new devices for verifying sea areas. The ship’s artillery system was also changed to a more modern one.

ORP ALBATROS will become part of the 13th minesweeper squadron, which reports to the 8th Coastal Defence Flotilla in Świnoujście.