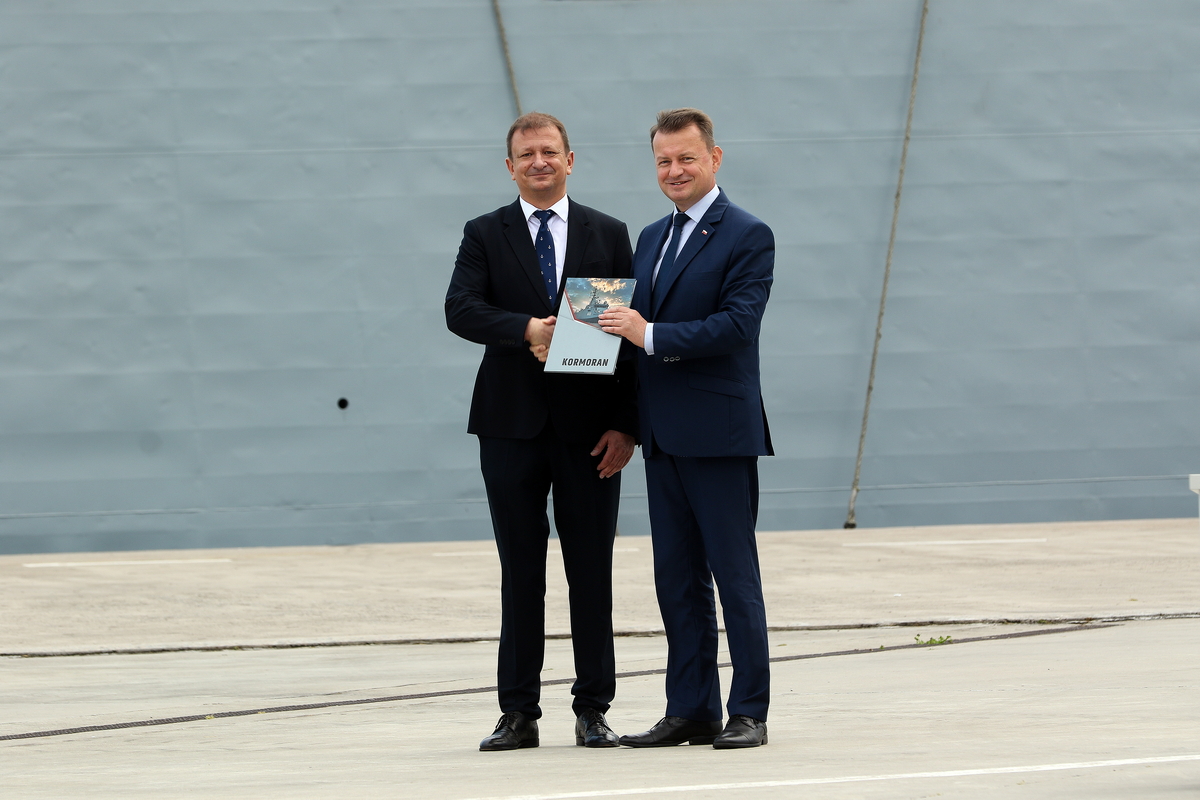 On Sunday, 26 June 2022 in Świnoujście on the day of the Navy holiday, Deputy Prime Minister and Minister of National Defence Mariusz Blaszczak approved a contract for the construction of three more serial mine countermeasure vessels of the 258 Kormoran II project.

The parties to the agreement are the State Treasury – Armament Agency and the Consortium composed of: Remontowa Shipbuilding S.A. as the leader, PGZ Stocznia Wojenna Sp. z o.o. and Ośrodek Badawczo-Rozwojowy Centrum Techniki Morskiej S.A.

The ceremony was attended by, among others: CEO of Remontowa Holding S.A. Adam Ruszkowski and representatives of the Consortium leader, Remontowa Shipbuilding – CEO Marcin Ryngwelski and Board Member Dariusz Jaguszewski.

– These are good ships, built in the Polish shipyard. I am glad that in addition to one ship already in service, more will soon be delivered to the 8th Coastal Defence Flotilla – said Prime Minister Błaszczak.

In a few weeks ORP Albatros, which is currently undergoing acceptance tests, will be handed over, while in autumn another vessel – ORP Mewa – will enter service.

As the head of the Ministry of Defence stressed, it is important for the Polish Navy to have the most modern equipment, which guarantees that well-trained Polish seamen can effectively guard the Polish coast.

– Our task – the task of the authorities of the Republic of Poland is to create conditions so that the Polish army – including the Navy – could develop. This is the basic task – the security of our homeland – said the Deputy Prime Minister.

Kormoran II type vessels search for, identify and combat sea mines, conduct reconnaissance of waterways, guide other vessels through mine threat areas, lay mines and remotely control self-propelled anti-mine platforms. This applies both to operations in the Polish Economic Zone as well as missions in tactical groups on the Baltic and North Sea (teams of NATO, EU or multinational coalition forces).